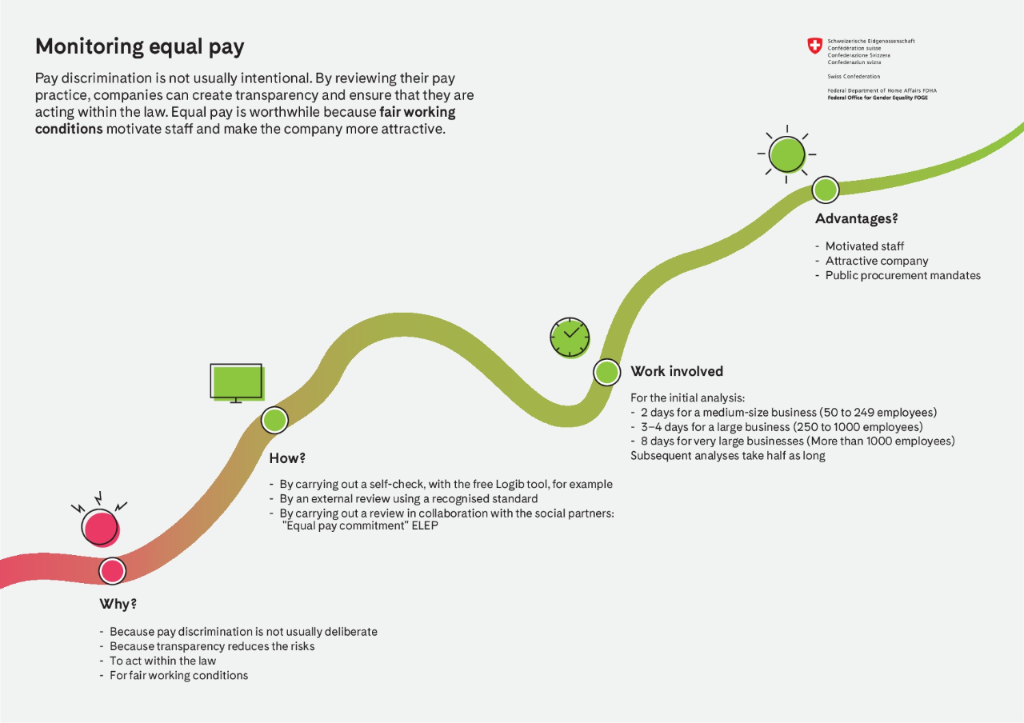 Equal pay is worthwhile as fair working conditions motivate employees and increase the company's attractiveness. A company that has acted lawfully does not need to worry if it has to undergo a pay audit when tendering for public procurement contracts. What can management and human resources staff do to encourage equal pay and gender equality in their organisation?

Most employers are unaware of wage discrimination and assume that pay equality is respected in their company. Two representative studies found that:

Regular equal pay analyses bring transparency and show whether women and men are actually being paid equal pay for work of equal value. Employers in Switzerland can find out where their company stands by simply verifying their own pay practice. The tool for this is called Logib and is suitable for companies with 50 employees and more. Logib is an easy to use, Excel-based program that can quickly provide a picture of the current situation. It is free to use and available in four languages.

Should the test reveal any gender-specific pay differences, it is advisable to carry out analyses in greater detail. The FOGE has a list of companies and organisations that advise or assist companies in examining pay equality. They can help to interpret results or conduct a complete equal pay analysis. Companies can also take part in "Commitment to Equal Pay" (ELEP), to test their pay with regard to social partners and eliminate any discrimination.

The FOGE also provides financial support to projects aimed at the realisation of equal pay for men and women in the sense of the Gender Equality Act. Anyone interested can consult the findings in the Topbox project database.